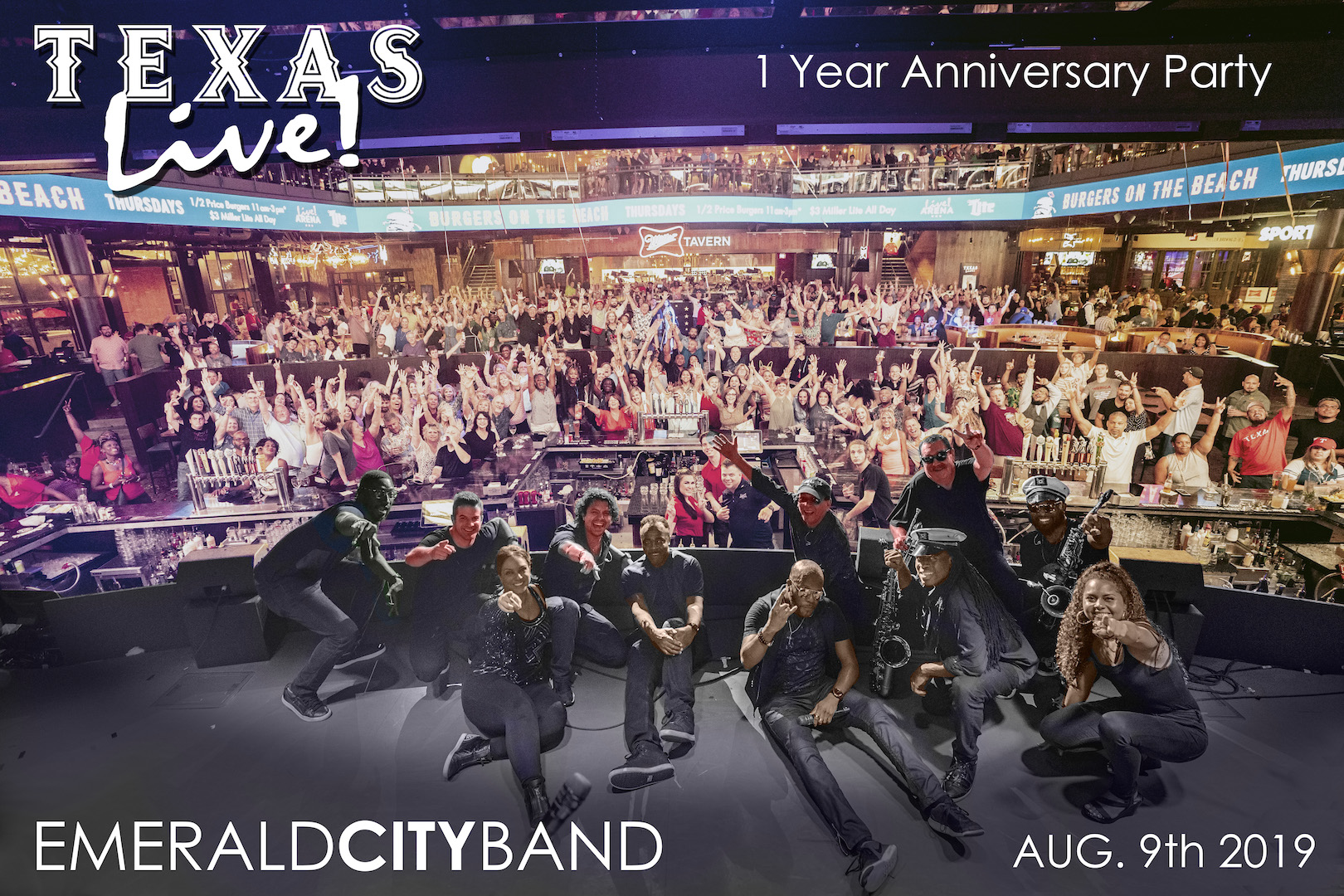 Texas Live! celebrated it’s one year anniversary on August 9th, 2019 and Emerald City Band was excited to be a part of the celebration.

Filled with a variety of restaurant, cocktail bars, and entertainment, the Texas Live Arena! celebrates everything sports, music, and fun related. Placed in the middle of the establishment where crowds fill the first and second floor while cheering on the Texas Rangers is a 100-ft LED HD television where games are shown. As soon as it was time for the band to perform, the television was raised and the band jumped on stage.

Throughout the night, the band immersed themselves into the crowd and interacted with fans and families, bringing the energy and party to a whole new height.

Overall, Texas Live! brings sports fans from all over to football, basketball, baseball, you name it; together for the best time; and Emerald City Band loved every second.