There is something famous about the town of Tyler and for another year Emerald City Band carried on that famous Tradition celebrating the Tyler Roses at the annual Rose Queen’s Ball.  Young and old danced the night away in tuxes and ball gowns at the Harvey Hall Convention Center as Emerald City performed hit after hit in this concert like atmosphere. 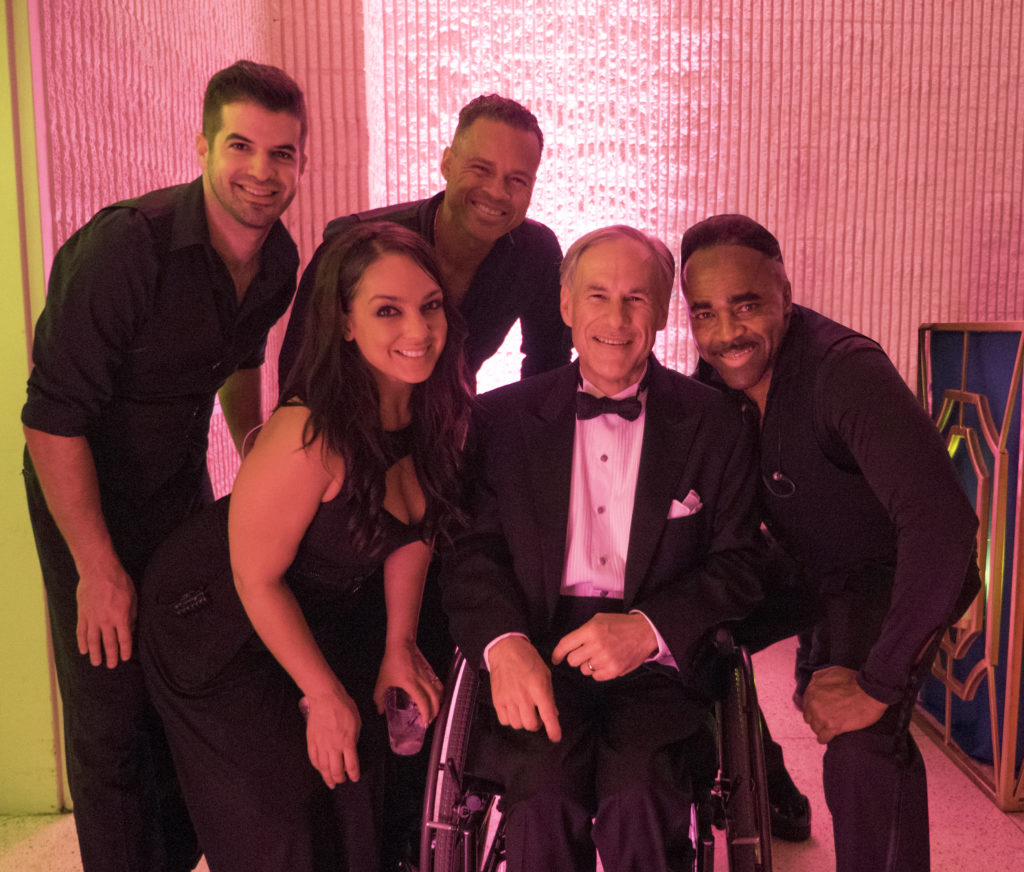 Texas Governor Greg Abbott even took in the sounds in the packed eastern asian themed room, and had time to take a picture with some of Emerald City’s Band Members.

Thanks again to Texas Rose Festival Queen’s Ball for allowing ECB to entertain at this spectacular event.   Check out the video below.

The Texas Rose Festival, a three-day event held annually in Tyler, Texas, celebrates the role of the rose-growing industry in the local economy. The festivities, taking place during the third weekend of October, draw thousands of tourists to the city each year.  The first Tyler Rose Festival was organized by Tyler Garden Club members, local rose growers and the Chamber of Commerce in October 1933 for the purpose of focusing attention on the importance of the rose industry to Tyler, and to showcase the towns elegance, it was renamed the Texas Rose Festival during the Texas Centennial in 1936.